In Finland recently for a few days, I spent a very happy morning in Aboa Vetus in Turku, Finland’s only archaeological museum. From what I can gather (I have barely a word of Finnish), the museum was a bit of an accident. A contemporary art gallery was planned for the site, and when they started to dig the foundations, a mediaeval quarter emerged. The site is close to Turku Cathedral, centre of activities in mediaeval times. 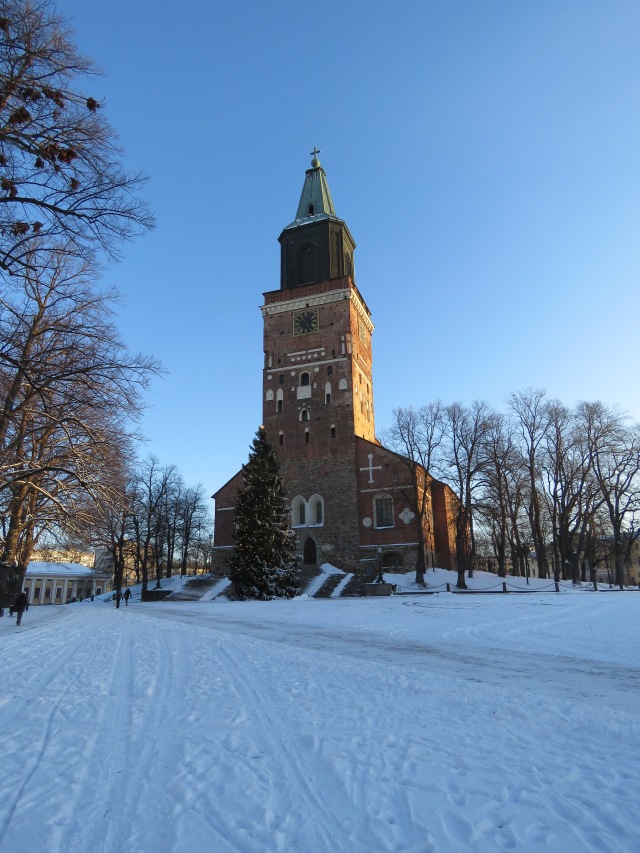 Now, in other countries, they might just destroy the site by following the original plan and building over it (Woodquay, anybody?), but the Finns excavated it and turned it into an underground museum, along with the contemporary art gallery overground.  They removed 10,000 cubic metres of soil, found more than 37,000 artefacts and 800 kilos of bones, and the remains  of 18 stone buildings, six from the Middle Ages. The archaeological excavations are ongoing, with the dig continuing this summer – which strikes me as a very pleasant way to excavate in a Nordic country – in temperature-controlled environment, with a coffee shop just a flight of stairs away.

Part of the excavated street

To add to my enjoyment, there’s even a dead pig. Buried in the cellars, archaeologists found the skeletons of three dogs, two cats and a kitten, one sheep, two pigs and several piglets, all buried whole. The skeleton shown in the photo below is of a two year old boar, which was found alongside a smaller pig skeleton. Some wild animals, such as rats and frogs, were also found. Now, I am no expert on the archaeology of Finland, but it did strike me as peculiar that such skeletons were found buried in the cellars, and I wonder if this is possibly evidence of a protective, superstitious practice, as found in other parts of Europe, North America and Australia?

Skeleton of a young boar, found buried in the cellars

I was also very taken with the model of a mediaeval house, complete with hundreds of wooden figurines and household objects. There were no children to compete with that day, so I had it to myself – photo of one of my tableaus below. 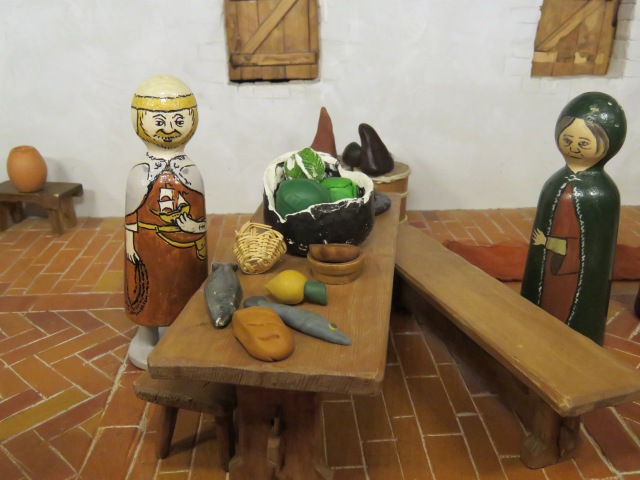 1 Response to Archaeological curiosities in Finland