I’ve been in Riga in Latvia for a few days, enjoying the Baltic sun. And on the first evening, in a park near the Freedom Monument, I came across a tree decorated with ribbons. 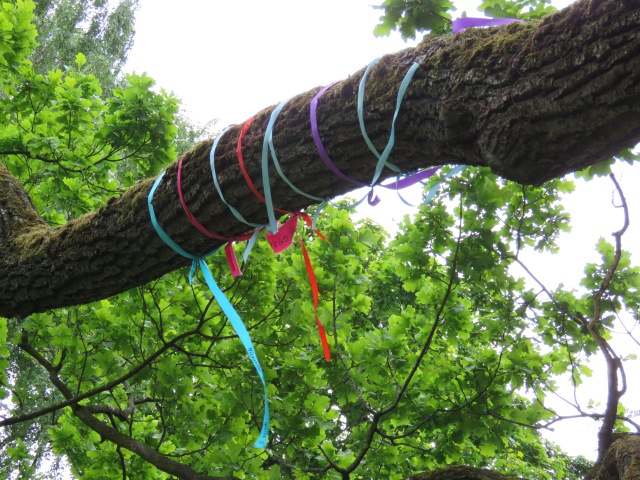 Although I immediately jumped to the conclusion that this was a Baltic example of a raggy tree, in reality, I think it was just part of an informal celebration held that day. Especially since there were a group of people cutting off ribbons from another branch at the time, and it all looked very organised.

However, two days later, several suns appeared on the same tree. It turns out that the canal banks of Riga near the Freedom Monument are prime spots for the midsummer solstice celebrations coming up any day now. And the tree is an oak tree, one of the Nobles of the Wood. 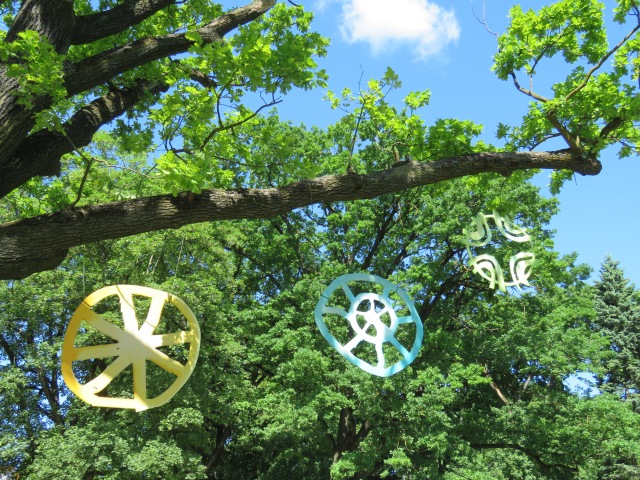 Latvian suns by the canal in Riga, June 2015

My extensive research carried out on the internet, over at least 15 minutes, has found nothing about a tradition of fairy or raggy trees in Riga. But it is intriguing. So for now, I shall just say that maybe this is a folk practice, and maybe it’s not.

This entry was posted in Around the world, Fairy trees, Folk traditions, Folklore and tagged folk traditions, folklore, Lativa, midsummer, Nobles of the Wood, oak tree, raggy trees, Riga. Bookmark the permalink.
%d bloggers like this: