‘Very poor people, in the past, were wont to keep their little stock of hens or ducks in a small pen made from an old box in the kitchen …’ (O Danachair 1964). This was a custom in Irish rural houses in the nineteenth and even the twentieth centuries. It made sense, particularly for hatching birds, to keep them in the warmth of the kitchen; dressers were commonly designed to hold the delph (crockery) on the upper part, with the lower section divided into nesting boxes.

And here we are, in the depths of the South Australian winter, and the new guardians of 14 day old chicks. And no, we couldn’t possibly put them out in the cold. So we’re tapping into our Irishness, and they’re carefully penned in the laundry in an old wooden box. Note the canny re-use of an IKEA lamp as a heat source, and some 20 year old sheets as insulation. Four new girls, election hens, yet to be named but possibilities include Julie, Tanya, Billie and Mallie. 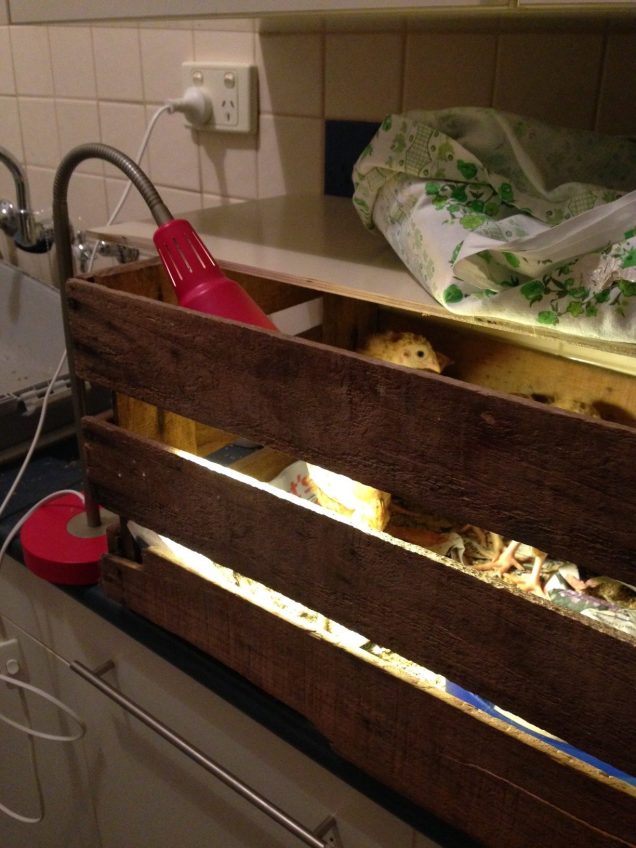 2 Responses to The henhouse